GENERAL
The vast majority of all 8 mm film cameras sold from 1940 up through the 1960's have a flat spring wound motor to drive the film train. A spring made from tempered steel is wound into the shape of a coil. The spring coil is mounted on a shaft. One end of the shaft winds the motor's spring with a folding key.

When the camera's run button is depressed, a one way clutch holds the winding key in the same relative position while the now compressed (wound) spring tries to unwind itself. This unwinding causes the case of the spring motor to turn. The turning motion of the case outer ring gear powers the speed regulator which controls the rate at which the spring motor unwinds. Typical setting are: 8, 12, 16, 24 36 48 and 64 Frames Per Second.

Bolex 8mm cameras (all except the H8 series and Super 8) are infinitely variable with a dial to indicate the approximate frame rate per second (FPS). Other cameras such as Bell & Howell and Revere (and others), use a selector with a specific FPS setting.

Following the winding procedure found in your camera's manual. The number of winding turns varies depending upon the make of the camera. Bolex cameras are fully wound at 21 1/2 turns or at about 11 full turns. There is a slight variance from motor to motor. Other camera such as Revere's, Keystone, and Bell &Howell's typically are fully wound at approximately 8-10 full turns.

Cameras other than Bolex wind until the spring is fully coiled. The maximum winding is mechanically limited in Bolex cameras. This allows the motor to be wound to a hard stop. Bolex's are advertised as "impossible to overwind" and uses a mechanism to prevent the camera from being overwound. For the most part, it works as advertised. However it is possible to overwind a Bolex. It takes a lot of forcing, but it can be done.

RUN TIME PER FULL WIND
The run time per full winding is shown below:

The above are average/typical run times measured from full
wound to full stop.Not all of the running time is usable, however.
Except for the Bolex, all 8mm cameras typically will run from fully
wound to stop at a speed approximately that which is dialed in.
I.e., 24 FPS will film 24 frame per second. However, at some
time after the initial start, the motor's speed WILL slow down
and the FPS will become lower.

WHY?
The location (time) of the slow down will vary from camera to camera within the same model designation. It depends on the age and condition of the motor and at what wind point the camera was stored. Spring motors left fully wound can loose their elasticity (springiness) and will not last an average full wind. Spring motor cameras should be fully wound down when not in use.

SLOW DOWN
Slow down means that after developing, the finished footage will play normally (at the selected filmed frame rate) and the will "speed up" at some point in the clip. This "speed up" is due to the filming frame rate of the camera slowing down and the projection rate of the projector staying constant.

OTHER PROBLEMS
Cameras that have been left fully would can sometimes develop a permanent "kink". This "kink" is a weakness in the spring and can be felt while filming with the camera. It feels like a bump, thud or clunk. Sometimes it can be heard - sometimes only felt. The kink, depending upon the severity of the damage, may not be noticeable. The fix for this is usually to replace the motor.

REPLACEMENT MOTORS
There are no new motors available for any 8mm cameras. Nobody rebuilds them. Therefore a donor camera for parts is required. If you purchase a donor camera, be sure get the same model or a corresponding model with the same motor dimensions. Bolex cameras all used the same motor except for the H8 series and possibly the L8 model.

If you buy a camera with a bad motor and the seller has NOT agreed to take it back upon your inspection, you can always resell the camera.

USABLE RUN TIME
All camera manuals have information giving the usable run time for a full wind. This information is for a new camera. All 8mm cameras are now 50 plus years old. You will need to allow for this. All spring motors will have lost some of their usability after 50 years. You can wind and run the camera to the point at which you can clearly notice the motor running down.

EXAMPLE
If you fully wind your Keystone K-38 camera and it begins to run down at 17 seconds, you should stop filming and fully rewind the camera after 10-15 seconds. During filming, you can count (in your head) 1,000-one, 1,000-two, 1,000-three, etc. It was and still is good operating practice to fully wind the motor after each shot. Shoot for 3 seconds? Rewind - now. Shoot for 10 seconds? Rewind - now.

BOLEX IS THE EXCEPTION
Bolex cameras are the exception. A Bolex 8mm camera, in good operating order, can film for about 20 seconds. When the Bolex motor reaches the end of the wind it will stop abruptly while turning, and filming at the same FPS.

If a Bolex motor begins to slow down while filming, it is because the motor is weak. Depending on how weak the motor is, it may or may not be serviceable. Because of the limited run time, 8mm film cameras don't do well for interviews or documentaries.

FILMING TECHNIQUE
Good filming technique with any 8mm camera demands that the operator plan each shot prior to shooting. The means the you will need to keep track of the clip (shot) length (counting seconds in your head) and camera distance, focus and location. Failure to plan ahead will mean you will need to shoot more footage and your filmstock and developing costs will go up.

AVOID JUMP CUTS
Starting and stopping a camera can result in a "jump cut". Imagine on overhead view of the subject and the background. If the subject turns to either side slightly, and the camera is stopped and then filming starts in a slightly different location or angle, the subject can appear to "jump" from one place to another. Keystone Cops style. Moving the camera at least 15 degrees off axis between any two consecutive shots at the same distance to avoid a jump cut. Read more on Jump Cuts here:

https://en.wikipedia.org/wiki/Jump_cut
Try moving closer or farther away from subject to prevent a "jump cut".  After shooting, you can edit in/out similar angles or distances after filming to better tell the story.  Advance planning always helps. Not planning will waste film and result in a poorly made film.

Think of where you'll need to be to get the shots. Make the shots short. 3 to 8 seconds or so. Do not run the camera until wound down for a long shot. It will be boring and you have to edit out the bad parts, anyway. Given the cost of film and processing, this is an absolute necessity. Good footage is built up, shot by shot.

MORE INFORMATION ON FILMMAKING
Plenty of old "how-to-shoot film" books on the internet. Any books on filmmaking will help. If you are videographer, you will need to learn to limit your shots lengths. Books:

https://www.google.com/search?q=filmmaking+8mm+books&ie=utf-8&oe=utf-8&aq=t&rls=org.mozilla:en-US:official&client=firefox-a&channel=sb
Remember that film shot is gone forever. No mistakes allowed. No do - over's, etc. Plan ahead.

Posted by BolexRepair.com at 12:40 PM No comments: 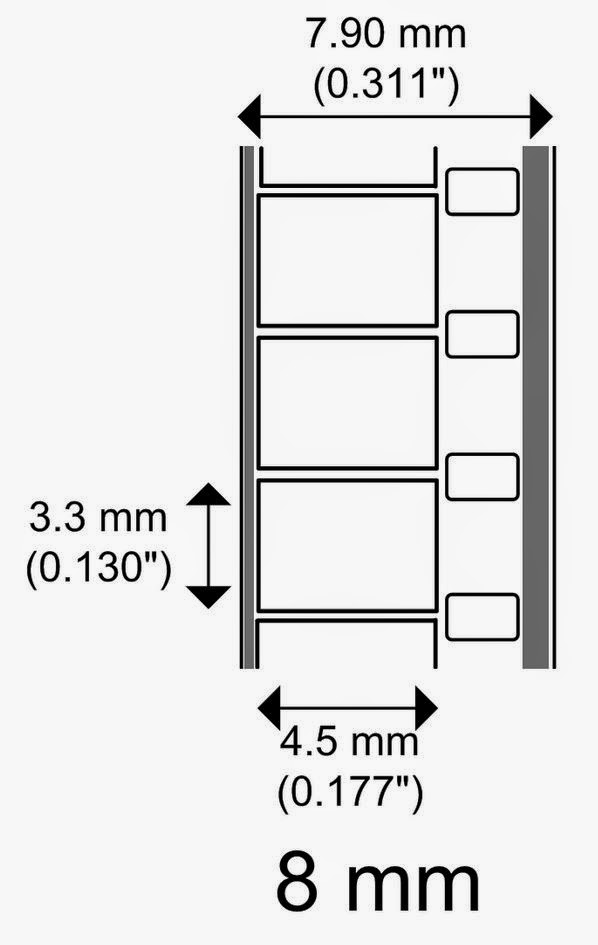 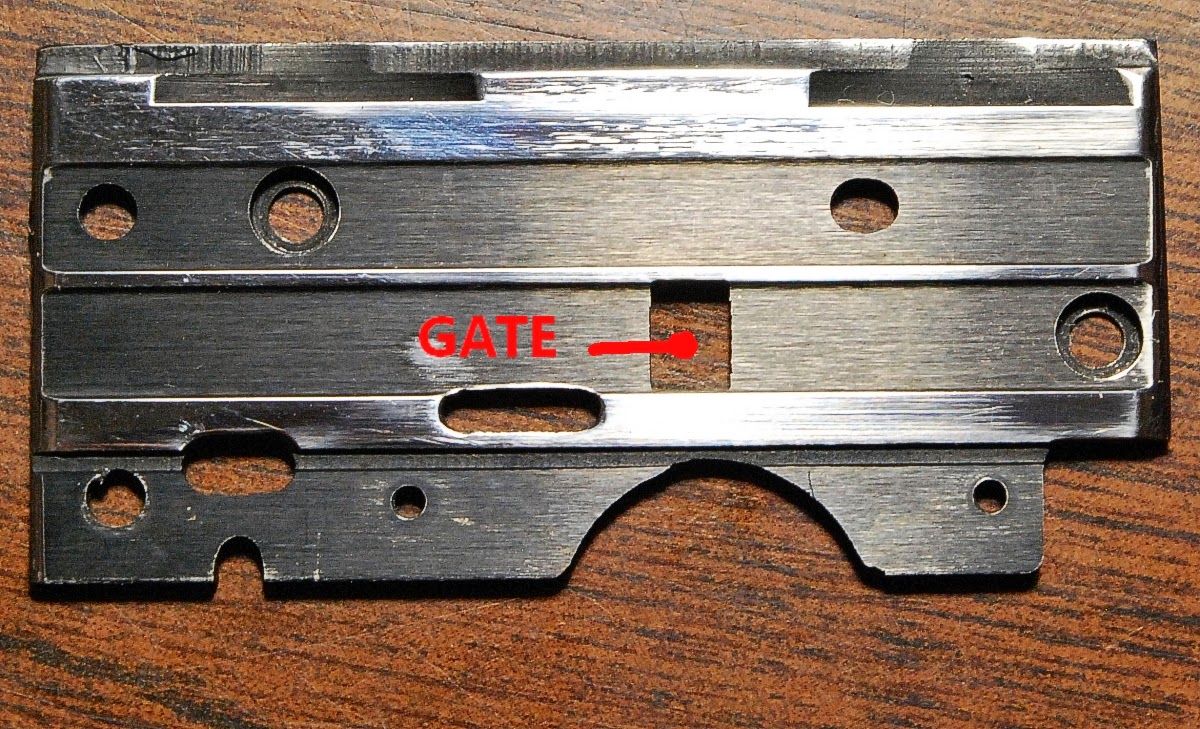 Posted by BolexRepair.com at 5:45 PM No comments: